This topic seems quite apt for this week. It simply was the week of “shit rolling down shill”. And frankly that can never be a good thing.

I’ve seen stressed out managers bringing wrath down to their staff. I’ve had high level managers send a nasty emails to entry-level gals in accounting. I myself have started a whole rash of “shit rolling” when I tried to impart a sense of urgency to one of my staff on a big project we are working on. He apparently construed this as “an ultimatum” and conveyed to his staff just that. And that apparently it wasn’t an ultimatum for just him, but for all of them. We all have (probably daily) examples of this at work and at home.

Then, I’m reading Oprah’s magazine this morning and the first article that I flip to is about this very topic! It must be a sign.  Here I found some helpful advice that I can apply to my workplace which seems to have an increase lately in “shit rolling downhill”. Unfortunately, I suspect that the shit doesn’t just stop at work, those people that had it dumped on their heads took it home and shared it with their families. Then you wonder why your kid goes to school and gets in a fight. Hmm.

Apparently this is a phenomenon called “displaced aggression”.  The “shit rolling downhill” part stemmed from the military apparently, gotta love how those guys cut to the chase.

According to the article, “The cause of stress-rolling, is always the same: You experience a situation in which you feel too overwhelmed, confused, or scared to express your true feelings. You’re fighting for your life and you’re losing.” The true problem could be anything (and sometimes nothing at all) but whatever the problem, “if it seems too big to solve, you may believe that you have no choice but to internalize your fear and anger. Unfortunately, feelings don’t want to stay hidden. Our hidden feelings seep or burst out when we’re with people we trust or who aren’t in a position to resist us.”

The bottom line is that we need to identify it in others and stop ourselves from doing it. Who wants to be responsible for putting a chain reaction of stress and shit into the world? Even if you do well at work and maintain professionalism, chances are you probably at least do it at home. I do from time to time, for sure. My kids have been the brunt of many stressful days. I held it in all day, treated my staff and peers with respect.  Then that monumentally stressful day came bursting full out on my kids as soon as I walk in the door and the house is a mess and they’ve been playing X-Box all afternoon.

Here is some advice from the article and my own observations:

1) You first need to recognize it in yourself. Observing others in this behavior (disproportionality intense behavior) and then look for it in yourself. Usually it comes with a twinge of guilt and you may decide to “justify” the current over-reaction by bringing up past issues you’ve had with the person.

2) Find the real problem. First, get present & be aware; know that you are starting in on some stress rolling. Excuse yourself, take some deep breaths and figure out what’s really bothering you. For me, I generally will feel physical discomfort when I’m feeling spun up about something.

Last week I went in for my annual doctor appointment. The rest of the day and the next, I had this weird anxiety and slight depression in my body. I identified it within a few hours, but I had no idea what it was about. Finally, I put the question to my conscious (somewhere deep down I knew what was causing this). A couple hours later, it popped into my head. At the appointment the day before, the doc was asking all the common questions and asked if I was still dating the same person as last year. I said, no, I’m single. At the time, this didn’t bother me at all. I’m very content with my life and when someone comes along, that is great, but until then, I don’t sit around dwelling on it. But apparently, this question un-lodged a deep seated longing to have someone in my life. What’s funny is that as soon as I recognized the problem, I instantly felt better and the anxiety and depression lifted. I didn’t need to do anything at all, just be aware that this was the problem.

The article suggests asking yourself the following questions:

2. What’s the worst thing about that?

3. What’s the worst thing about that? (yes, repeat)

4. Repeat question 3 until you reach the source of your distress. (yes, repeat again)

3. Align yourself with your allies. After you identify what the core problem is, you may feel helpless to solve it. It takes courage and perseverance. If it something that actually needs solved, then the first step is to discuss this with people who may be able to help. These people should not be people that can’t help. Don’t share with your assistant or your child, although these people probably need an apology if you’ve already rolled your stress onto them. Find someone to talk to who, from your perspective, has at least as much power as you do.

Last week I was feeling stressed. Maybe that is how I became a part of the stress rolling happening in my business. It was easy for me to identify the problem but very hard for me to pick up the phone and call one of my peers. I tried hard to not make it a gripe session. But I did let myself be vulnerable and for him to see that I wasn’t as positive today as I usually am. He felt some of the same anxiety and together we brainstormed and came up with some very helpful solutions for the company as a whole. I felt ten times better and I think he did too.

I was then able to have positive, uplifting conversations with other folks and three times last week, I had people tell me that they had this unidentifiable stress/anxiety in them before they talked to me and they couldn’t pin point what exactly I said, but after our chat, they felt great. Now that is the kind of spreading I want to do!

1) Apologize to those that you’ve stress rolled on.

2) Get council from someone that’s not below you on the power pyramid.

4. Keep enlarging your circle of advisors: “As you begin to stop rolling stress onto others, you’ll start to gather the information that will help you face any problem without feeling overwhelmed.”

“Loa Tzu said, “All streams flow to the sea because it is lower than they are. Humility gives it its power”.  Every time you avoid rolling your negative emotions downhill, and instead admit the places you feel the lowest, you’ll find your power growing. As you feel less overwhelmed and more balanced, you’ll lift the people who look up to you until they, too, stop stress-rolling and start leveling with you about their issues.” 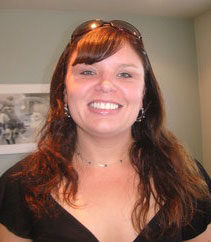